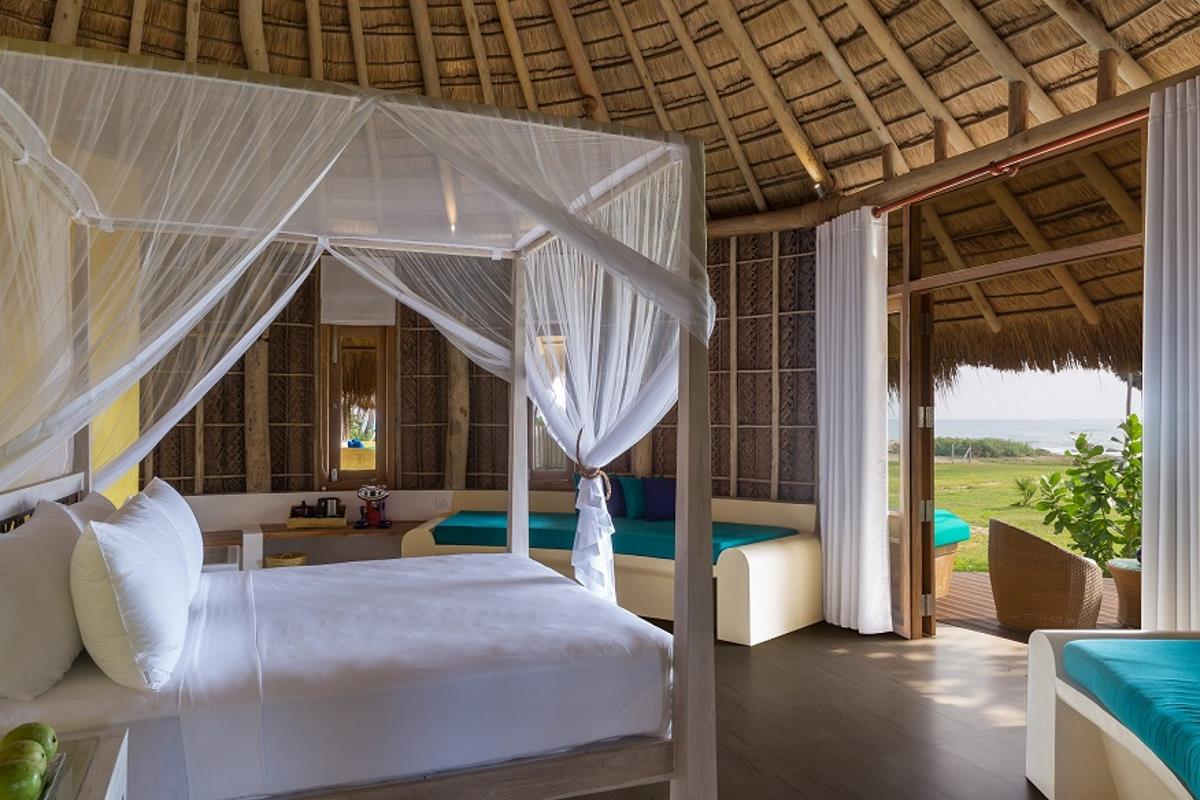 Once known purely for its surfing, the east coast of Sri Lanka has, in recent years, begun opening its secretive doors to intrepid travelers. With access restricted for years due to unrest, the golden stretches of sand that girdle the east are raw and beautiful. Tourism booms in the region during summer when the waves that crash along the coastal towns of Arugambay and Pottuvil are eagerly sought after by surfers from across the globe. During winter, the widespread misconception of wet weather bridles visitation. In reality, however, even an active monsoon results in scattered, sporadic showers which rapidly blow over, leaving behind cornflower blue skies and perfect seas.

Against this backdrop of sun, sand, and adventure is Jetwing Surf, the newest addition to the Jetwing family of hotels tucked away at Pottuvil Point. Comprising 20 luxurious cabanas, the hotel's unique spiral design was inspired by the intricate seashells that litter the beach in their thousands. Woven coconut leaves, bamboo, and wood make up the bulk of the construction - contributing to minimize the carbon footprint of the property. The unique design won accolades prior to the hotel's opening with Jetwing Surf being lauded the Best Hotel Architectural Design at the Asia Property Awards, 2017.

The rooms come equipped with modern amenities and luxuries which include, among others, a hot and cold indoor and outdoor shower that brings you closer to nature, plush king-sized beds and couches, WiFi, an espresso machine as well as beach essentials such as sunblock, beach slippers and wraparounds. The hotel also features an infinity pool by the sea replete with a pool bar that resonates the spiral design that pervades the restaurant and the lobby as well.

Although it may be difficult to drag yourself away from the comfort of your room, the east coast is a wanderer's dream destination. Away from the large crowds of the cultural triangle and the oft-crowded southern coastal belt, the east is a land yet to be discovered: from archaeological sites forgotten in dense jungles to rolling plains where elephants and people share a common existence to immaculate beaches you can have all to yourself.

The Pottuvil lagoon is a mere stone's throw from the hotel and twice daily boat safaris that are conducted on its shallow waters will bring you face to face with countless species of birds – from storks to herons to the soaring raptors. Elephants frequent the grassy plains that fringe the lagoon and it's well worth keeping your eyes peeled. Safaris are conducted along the Uraniya river as well, a tributary which spills out onto the lagoon.

Panama, Rotakulam, and Semanikulam lakes attract thousands of wading birds to their waters in a sight that's truly spectacular to behold and photograph. An evening spent at Panama lake, on the outskirts of Kumana National Park, is an experience that cannot be missed – as the setting sun burns the sky to a scarlet hue, deer and elephants emerge from the thickets across the water to frolic in the grass. The approaching twilight entices diurnal birds to their roosts and nocturnal birds from them for an enthralling spectacle.

If safaris are your cup of tea, Kumana could be considered a great alternative to the more frequented Yala National Park. Boasting of much the same complement of animals as Yala, the lesser visited park has gained fame across the island for its birdlife. The park's entrance is just an hour's drive from Jetwing Surf. Gal Oya National Park, too, is within driving distance and offers the island's only boat experience within a national park.

Of course, all that the east has to offer cannot be experienced on an empty stomach and the Executive Chef at Jetwing Surf speaks to the guests, individually tailoring the menu to deliver delectable dishes with flavors from all over the world as well as local specialties cooked to perfection. The restaurant's design allows in plenty of natural light to brighten your meal, while at night the cooling winds murmur through the thatched roof and the fronds of the coconut trees, more pleasing than any restaurant music.

If you are after for a refresher during the afternoon, a sundowner, or to relax and unwind before dinner, Jetwing Surf's bar serves refreshing and imaginative cocktails and mocktails – a perfect way to raise a glass to your tropical vacation. 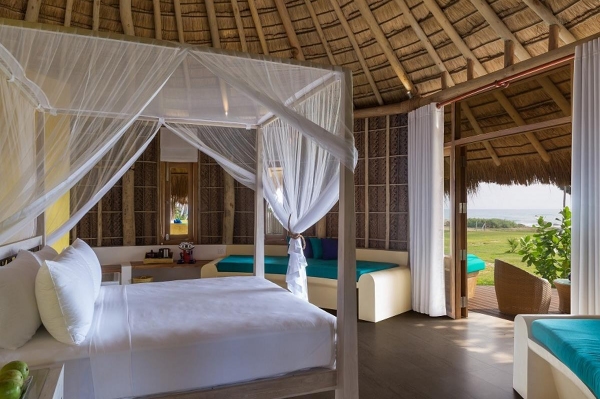 Once known purely for its surfing, the east coast of Sri Lanka has, in recent years, begun opening its secretive doors to intrepid travelers. Wi...